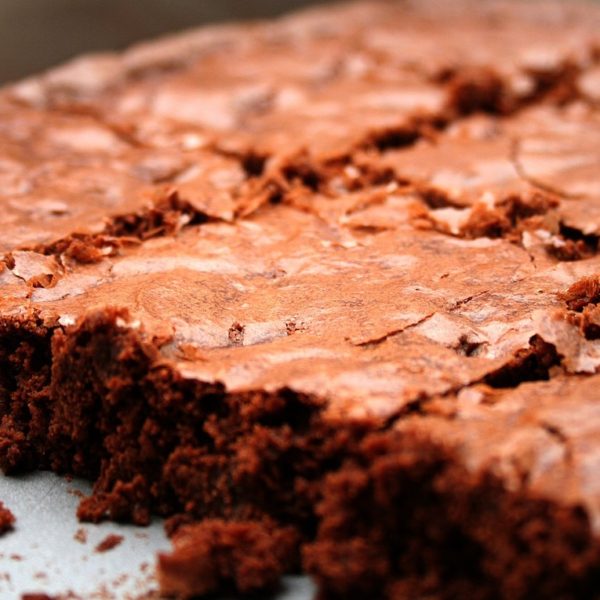 A couple months ago, while I was crowding around a table with others during a charity bake sale at work, I noticed a particular woman from one of the service departments who was also looking over the items.  I didn't pay much attention to her at first because I was busy focusing on the specialty cookies, cupcakes and nut breads our co-workers had made, and trying to decide among them.

Each item cost $1 and I had brought a $10 bill with me, willing to spend all of it depending on what was there.

But while I was looking, I was distracted by this co-worker who mentioned a couple of times how good everything looked, but she didn't know if she should buy anything.  She repeated it so often that I was getting a little annoyed.

For one thing, the area was crowded, and she was blocking the way for others by just standing there.  I felt like asking her to please move to the side while she was making up her mind, or even suggesting if she couldn't decide, she could buy a few things because the money was going to charity.

And then I heard Elaine, another woman who was there, quietly say, "Carol, you do so much work for me all the time.  Why don't you let me get something for you as a thank you?"  Immediately Carol's face lit up and she enthusiastically replied "Yes!"

I can't tell you how ashamed and humbled I was as Carol eagerly accepted the brownie with the thick chocolate icing.  Money apparently was a little tight for her and she hesitated at the idea of spending a dollar – even if it was going to a charity.

Instead of being so busy perusing the wares and seeing how much I could buy for myself, I should have been following Elaine's example and listening more closely to what those around me were really saying. 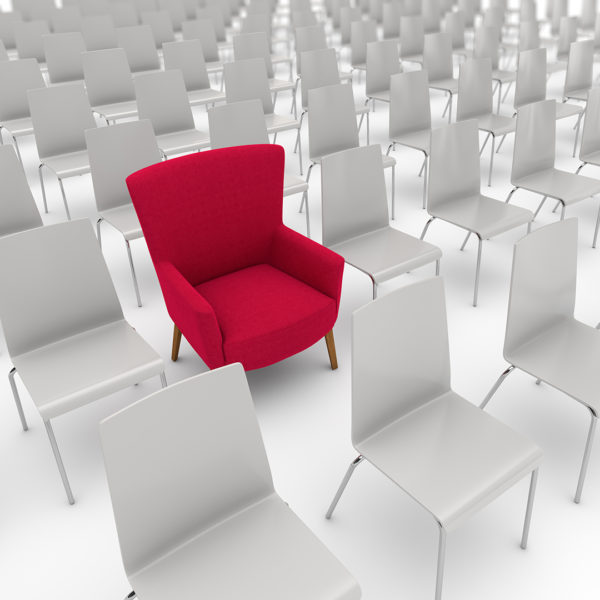 Give This Person Your Seat!

"When someone invites you to a wedding feast, do not take the place of honor, for a person more distinguished than you may have been invited.  If so, the host who invited both of you will come and say to you, 'Give this person your seat.'  Then, humiliated, you will have to take the least important place." – Luke 14:8-9

When the company I work for moved our five-member department into newly opened space in our building, each of us was given his or her own office.  My boss – the department director – naturally had the largest office, and I happened to have the second-largest one with three big windows.  This was not because my title deserved it, but rather because the space was next to my boss and I worked closely with him, and he thought it would be more convenient for me to be situated there.  I was pleased and thoroughly enjoyed my spacious area – until we hired a department chief.  The new chief immediately moved into my boss' office, and my boss then moved into mine.

As for me?  A construction crew threw up some wallboard to block off the end of a hallway and created a new spot for me:  tiny and cramped, with no windows.  I didn't complain outright, but I let my displeasure be known to anyone who asked.  I admitted to myself that even though it was small, it was plenty of room for my needs, because I don't require extra space for a lot of equipment or filing cabinets for my job.  But I still felt put out – literally and figuratively.  Until one of my friends from another department stopped in to see me and was delighted with my area.  "Oh how lucky you are!" she exclaimed.  "You're located in a nice quiet spot at the end of the hall where nobody bothers you!"

Wow!  When I thought about it that way, I realized it was true.  Whereas my colleagues in the other offices had to contend with foot traffic and the associated noise that passed by their doors on a regular basis, and with interruptions when people stopped in to chat, I didn't have to deal with any of that.  It certainly gave me a different outlook, and I thanked my friend for presenting me with a new perspective.

"But when you ask, you must believe and not doubt, because the one who doubts is like a wave of the sea, blown and tossed by the wind" – James 1:6

My mother, sister and I were enjoying a day at the outlets on Labor Day weekend.  The weather was beautiful, the stores were jammed with shoppers, and our purchases were piling up.  My mother is in a wheelchair so we were draping the packages on the handles of her chair.  As we went into the next store on our list, I was ready to make a purchase but couldn't find my purse.  Certain that it must be on the wheelchair, I frantically searched through all of the packages but didn't see it.  Then I started to panic.  Not only was my wallet in it with my ID and all of my money and credit cards, but so were my car keys.

My mind darted from one depressing thought to another as I wondered how I would open my car to get home, and what kind of damage could be done with the contents of my wallet and access to my personal information.  To make matters worse, I was taking an overseas vacation the following week. With all of the normal trip preparation I had to do, how would I be able to also get new documentation, like a driver's license and insurance cards, and cancel my credit cards-- and get new ones in time?  I was trying to pray, but was without much hope.  With the thousands of shoppers at the outlets, what was the chance that I would find my purse?

I went to the store we had previously been in and they said no one had turned it in, but suggested that I try at the customer service center at the food court.  With a heavy heart I trudged down to the food court – and I couldn't believe it when the assistant said that same store had just called and said they had my purse.  As I raced back I tried not to be too hopeful.  After all, I had just been there and they said they didn't have it.

But they did have it. The kind stranger had given it to a sales associate who happened to be on a break when I was there asking about it.  She returned the purse to me and everything was in place.

I was overcome with thanksgiving – for the person who was kind and honest enough to return it, and for a God Who answers prayers that are prayed without much conviction.